Thou Shalt Not Eat Atrocities

This video is from the UK where animal welfare standards are assumed to be much more progressive than here in North America.

And yet just look at the everyday atrocities documented here by a major UK animal rights group in eight out of nine slaughterhouses they randomly chose to investigate.

One minute of this exposé of the banality of slaughterhouse evil should be enough to persuade anyone with a sense of shame that we have no moral leg to stand on eating bacon and hamburgers, cheddar cheese and chicken wings, at the cost of such mistreatment of animals when we could be nourishing ourselves at least as adequately on a plant-based diet.

Nearly every craving for meat or dairy – a taste most of us acquired long before we had the ability to make a moral choice about it – can be met, with increasing satisfaction as food companies refine their products, by plant-based/vegan substitutes. Not that there's any nutritional need for them, but they're there if we crave them.

To insist on eating “the real thing” when we can't be sure that horrifying cruelty and degradation of the kind we see here wasn't part of the life journey of the animal who provided it is to abrogate our moral responsibility. This is so even if we buy organic. According to the Animal Aid investigators: “‘High welfare’ plants, such as those accredited by the Soil Association, were no better than the non-organic ones.”

We're grownups now. The choice is clear – and it tastes just great.
Posted by Syd Baumel 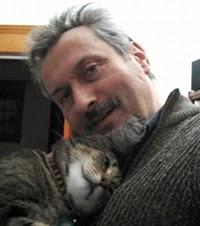